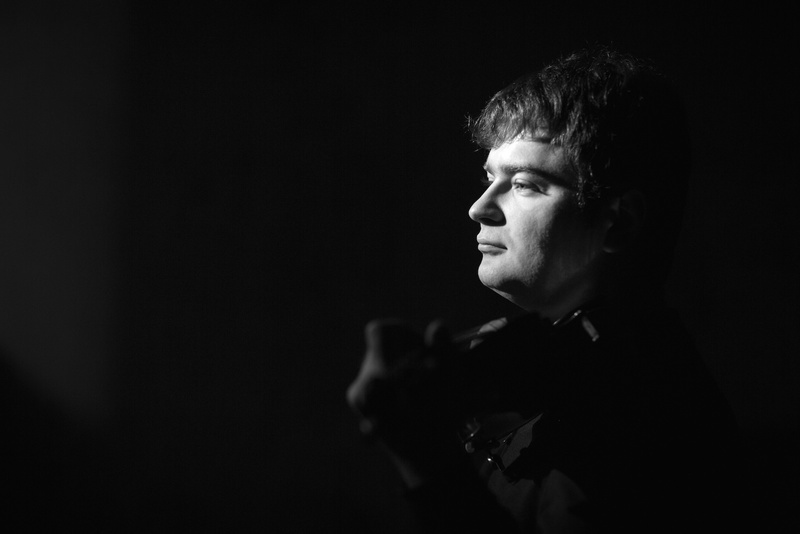 In 2006, the violinist recorded music by Niccolò Paganini and Ernest Chausson on a debut CD sponsored by the Violin Art Foundation. In the same year, "PhilArtis" Vienna in Austria released an album entitled “Chanson Russe” with Ivan’s recordings of works by Sergei Prokofiev, Karol Szymanowski, Peter Tchaikovsky, Igor Stravinsky and Aram Khachaturian.
In August 2011, Ivan Pochekin signed a contract with "Naxos" Records, an internationally famous classical music label, to record two albums of music by Niccolò Paganini, including his Violin Concertos No. 5 and 6 and several virtuoso violin pieces. The albums were released to receive highly enthusiastic critical acclaim.

"The disc stands out for its crisply defined recording and for the exceptional playing of Ivan Pochekin, whose pure tone, wide expressive range and precise articulation and tuning bring Paganini’s ideas vividly to life. The concerto’s Andante is especially eloquent in Pochekin’s hands and the high passagework in the outer movements has authentic force and brilliance.
The other two items are both excellent: I palpiti’s variation in double‑stopped harmonics, taken quite slowly, sounds truly beautiful. And the Moto perpetuo is just as spectacular—wonderful bow control and a lively sense of rhythm. I’m sure even Paganini himself would be impressed." © 2013 Gramophone
Duncan Druce
Gramophone, March 2013

"The Violin Concerto No. 5 in A minor[’s]…“Allegro maestoso” opens with majestic gravity that intermittently weaves a dialogue of flute and oboe during stretches of da capo.
“Andante un poco sostenuto” wallows with impressive pensive emotion that leads into Pochekin’s conception of the “Rondo: Andantino quasi allegretto” with its tarantella-like edge and spectacular arpeggios. The conclusive three minutes is where Ivan Pochekin shines the greatest with an array of dazzling staccatos in 6/8 rhythm which are mesmerizing and magnificent.
Finally, Niccolò Paganini uses Gioacchino Rossini’s Tancredi, the melodramma eroico of 1813, as inspiration for violin extensions by honing in on title role’s cavatina, ’Di tanti palpiti.’ The variations on a theme, contained within three defined segments, allow Pochekin to let his hand set fire to his strings…singing with splendid array of Paganini panache.
Ivan Pochekin absorbs himself within Niccolò Paganini’s musical magic, and he demonstrates a true sense of connection with this incredibly difficult music. Sharply tuned, Pochekin evinces a sensitive edge and empathetic connection."
© 2013 ConcertoNet.com
Christie Grimstad
ConcertoNet.com, February 2013

"Be prepared to be amazed by the twenty-five year old Russian virtuoso, Ivan Pochekin, winner of the Paganini Moscow Violin Competition when just eighteen. He plays the Fifth concerto, which, from a musical point of view, has a big question mark hanging over it. In order that Paganini should have the sole use of his compositions he allowed few to be published in his lifetime, and only the violin part of the Fifth was found after his death, the quite elaborate orchestral part, with its five-minute introduction, being added by Federico Mompellio in 1959. He certainly creates a very good Paganini pastiche that would pass as an early 19th-century score. For the soloist it presents a perfect vehicle for displaying their technical brilliance with just about every trick in the trade, though the thematic material was not Paganini at his most inspired, the first movement being a little overlong, while the finale is a ‘throw away’ short Rondo. Still you can marvel at length over Pochekin’s total command of his instrument, his flying spiccato of remarkable evenness, and, when the going gets fraught, his intonation remains impeccably clean. He surrounds that performance with two of the great showpieces, the Moto perpetuo taken here at such a fast tempo that it would make most violinists give up the instrument in despair. There is also a further twist in this story of a very special virtuoso, for the instrument singing so beautifully for him was made by his father, Yuri Pochekin. And to take the theme of parents and sons one stage further, the Russian Philharmonic is conducted by Dmitry Yablonsky, the son of a famous concert pianist and a distinguished oboist." © 2013 David’s Review Corner
David Denton
David's Review Corner, January 2013 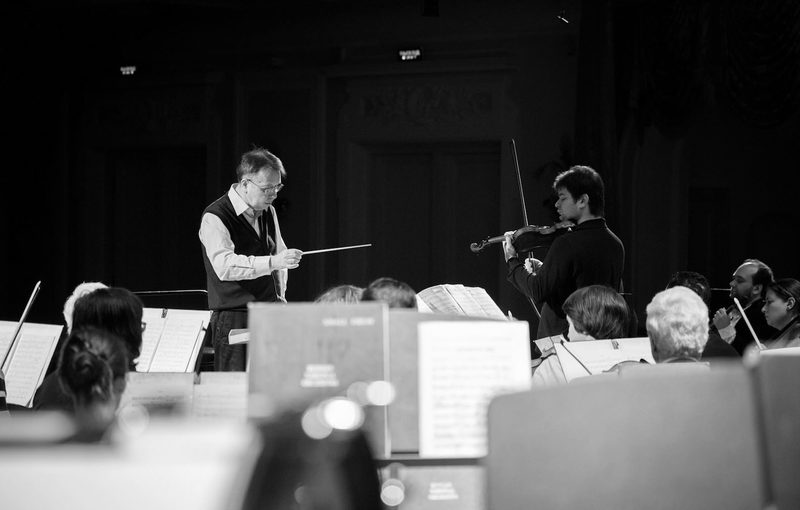 Ivan Pochekin began to play the violin at the age of five under Galina Turchaninova. His subsequent violin teachers were Maya Glezarova, Viktor Tretyakov, and Rainer Schmidt. The violinist owes much of his early progress to his mother, who taught him for a decade.
In 2002, the musician debuted at the Great Hall of the Moscow Conservatory, performing Sergei Prokofiev’s Violin Concerto No. 2.
The artist collaborates creatively with Boris Berezovsky, Henri Demarquette, Tatiana Grindenko, Rainer Schmidt, Alexander Knyazev, Alexander Gindin, Artyom Dervoed, Philipp Kopachevskiy and Yuri Favorin.
Ivan Pochekin also plays the viola.
A special performing partner of Ivan Pochekin’s is his brother, violinist Mikhail Pochekin, with whom they play as a duo.